This is a truly spectacular day. We leave the port city of Kusadasi for Ephesus, one of the 12 cities of Ionia. This is a stunning marvel in the hills above the Aegean and one of the world’s largest and important open-air archaeological museums. It was also the home to one of the Seven Wonders of the Ancient World, the Temple of Artemis.

Ephesus was founded by the Ancient Greeks around 2000 BC. It was the wealthiest of the Ionian cities and became one of the key cultural centres in the Mediterranean. The city was dedicated to the goddess Artemis. The temple built in her honour took 120 years to complete. Ephesus later became the second largest city in the Roman Empire and is rivalled only by the Forum and the Acropolis as one of the most complete classical cities in Europe. Even so, only 13 per cent of Ephesus has been uncovered.

We wander through the Odeon and the Prytaneion, stroll the marble colonnades of Curetes Street to visit Trajan’s Fountain, Hadrian’s Temple, Scholastica Baths and the astonishing Terrace Houses. Nearby is the spectacular Library of Celsus, almost entirely reconstructed, and the Agora. The Great Theatre of Ephesus where St Paul once preached, held crowds of up to 24,000. Today it still hosts concerts and other performances. Our tour takes us to the Rug Village for lunch and a demonstration of traditional Turkish carpet weaving.

We then head for the ancient coastal city of Miletus, another of the greatest and wealthiest cities in Ancient Greece and one of the first to mint coins. Homer mentioned Miletus in The Iliad and Paul preached here on the way back to Jerusalem. There are many well preserved ruins here, including the Temple of Apollo and a Byzantine church. 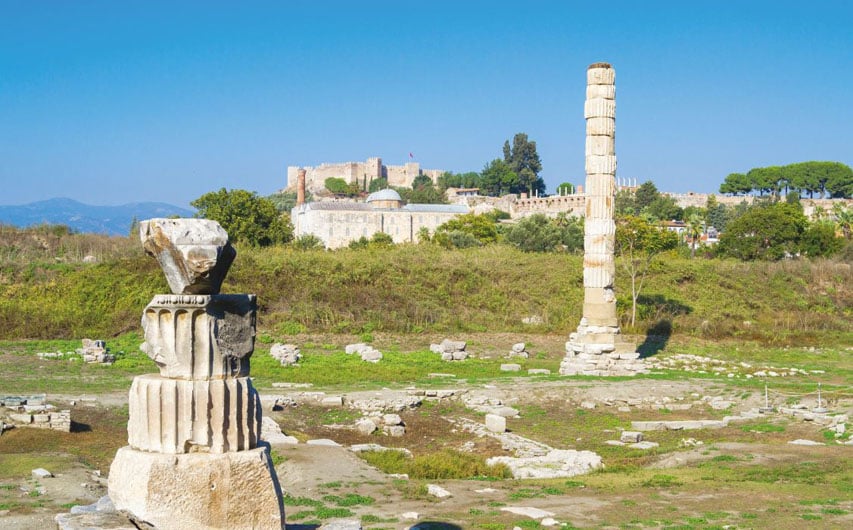