Philerimos church and the Palace of the Knights
RHO-02

Home / Excursions / Philerimos church and the Palace of the Knights

Our tour begins at the Acropolis of Rhodes, just outside the city. It dates from the Classical Greek period and sits proudly on the hill of St Stephanos.

We wander through the ruins of the Hellenistic Temple of Apollo with its impressive columns. Below is the restored Ancient Stadium of Diagoras and theatre. The stadium once hosted games in tribute to the sun-god Helios.

We then head for Philerimos, one of the great tourist attractions of the island. The beautiful Monastery of Panagia Philerimos is located on a hill above Ialyssos, one of the three Rhodian cities that participated in the Trojan War. The Monastery, accessed by stone steps surrounded by Cypress trees, is dedicated to the Virgin Mary the Life-Giving Source and unusually is Gothic in style. It was built in the 15th Century by the Knights of St John.

We also take time to visit the Byzantine Church of St George Hostos with its rare frescoes depicting the Knights. The church is also home to the ‘Golgotha’ a series of copper reliefs depicting the Passion of Christ.

We return to the capital Rhodes to learn more about the Knights, where they lived and how they were the last bastion of Christianity in a region dominated by the Ottomans who eventually captured the island in 1522. In the Knights’ Quarter we visit the magnificent Palace of the Grandmaster also known at the Kastello. This too was built in Gothic style.

This is one of the most atmospheric and intriguing areas of Rhodes, where we delve into the very heart and soul of its history. 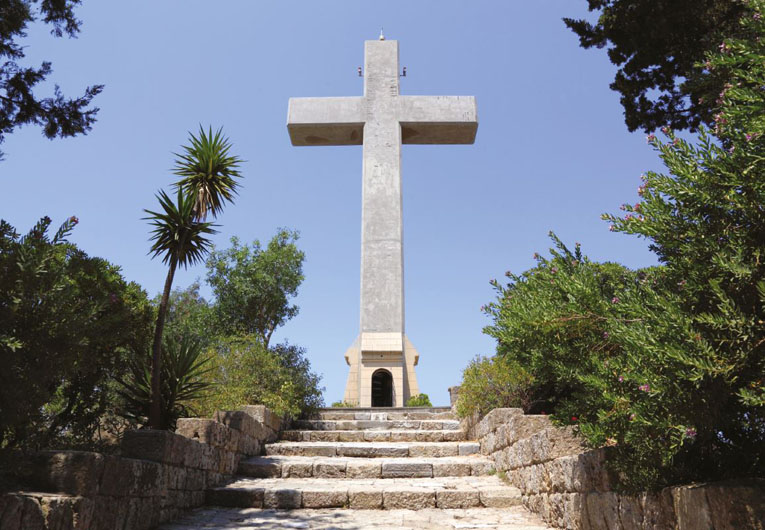 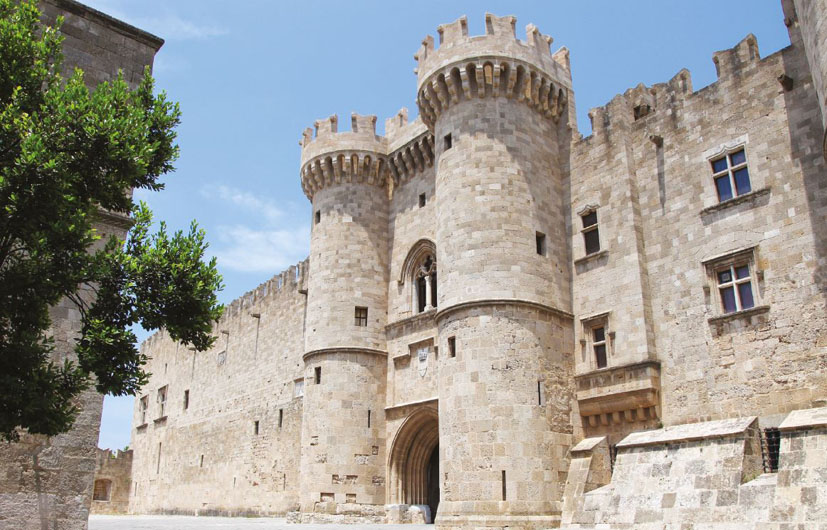