The 30 minute trip is enchanting, with images full of nature and pine-trees. The Temple of Poseidon awaits you, dedicated to the god of the sea. This is the southernmost and highest point of the cape and the monument looks like it is washed by the Aegean on all sides.

The construction of the Temple was initially commenced at the beginning of the 5th century B.C. Yet, it was destroyed by the Persians during the Persian Wars and so the Athenians built, in 444 B.C., the newer Temple, parts of which are preserved until today. The Temple is of Doric order and bore a frieze with relief decoration while it was also adorned by immense statues called Kouroi.

The archaeological site of Sounion, apart from the Sanctuaries of Poseidon and Athena, includes the fortress, a small settlement from the Hellenistic era, the propylaea (entrance gateway) and the porticoes. 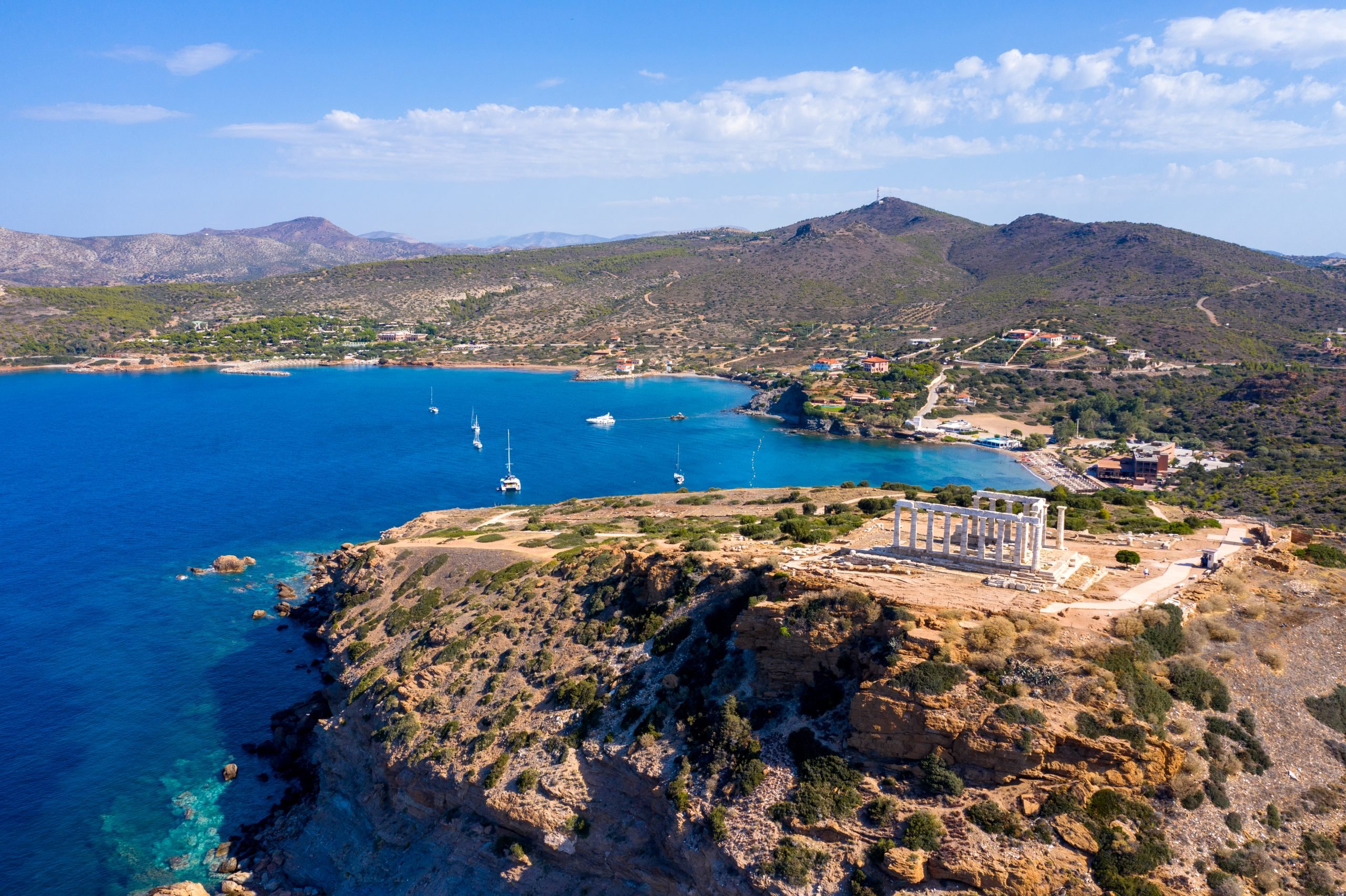 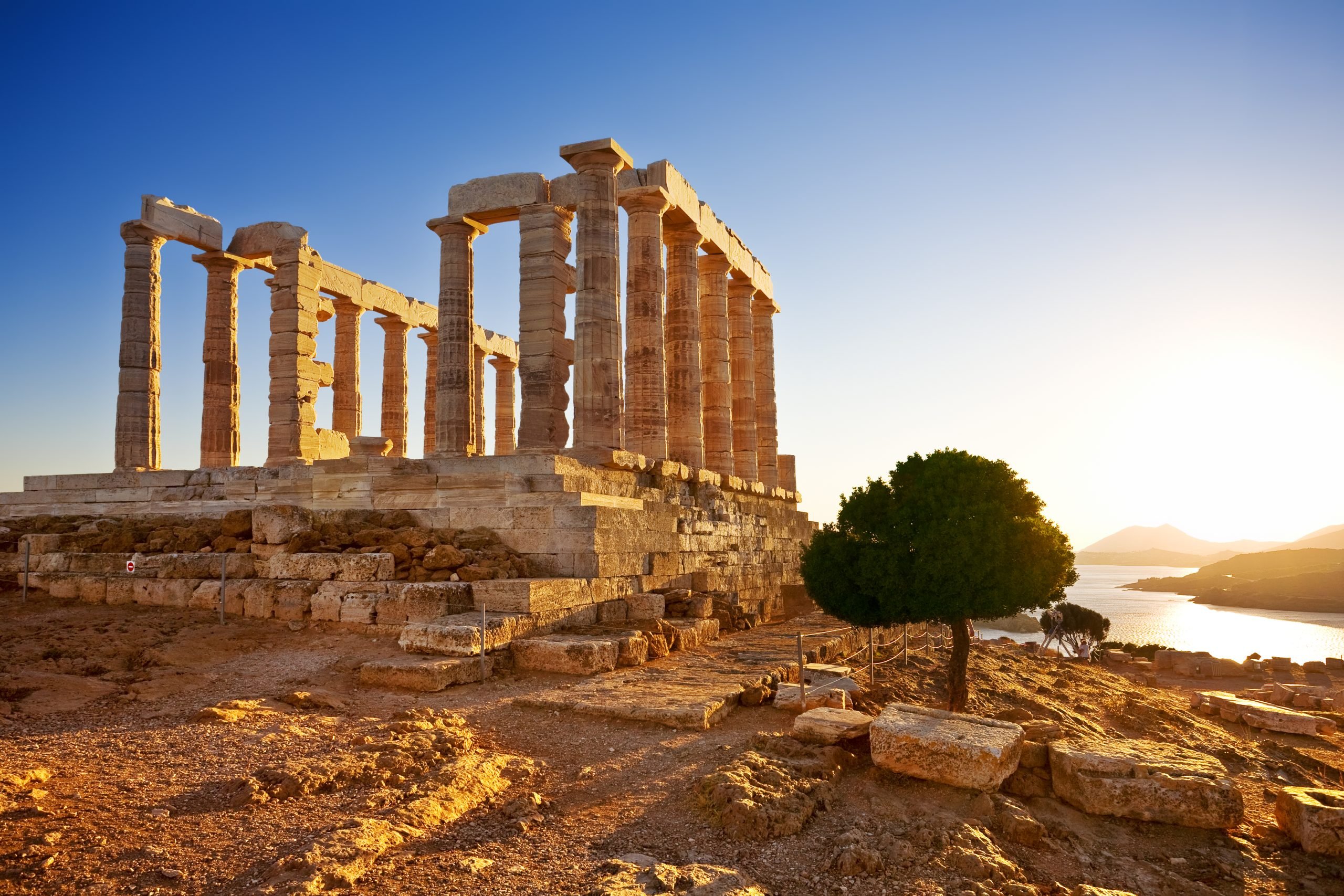