best routes to the tucked away beaches

Now this is the way to see Rhodes. From a very different and enthralling perspective.

Our Sea Kayak trip is quite an adventure.
Enjoy the rock formations and sea caves along the island’s spectacular coastline.

Our expert guides know the best routes to the tucked away beaches, the marine life and the beautiful natural sculptures.

Our starting point is the beach at Kathara, near Faliraki and just 20 minutes from Rhodes Town, where we meet the guide for a safety briefing and our equipment.
The route includes the famous inlet and beach of Anthony Quinn – where the popular wartime epic film of 1961 ‘The Guns of Navarone’ in which he starred was filmed.
It also featured Gregory Peck and David Niven. Quinn who was also the star of Zorba the Greek, was so taken with Rhodes, he bought some land nearby.

Enjoy panoramic vistas of stunning rock formations before venturing into hidden sea caves along the coast. There’s also the chance to swim or snorkel in the clear blue waters of the Mediterranean.

All you need to concentrate on is the spectacular scenery and your paddling technique.
It’s a rare opportunity to feel completely at one with the coastline of Rhodes at its most dramatic and thrilling. 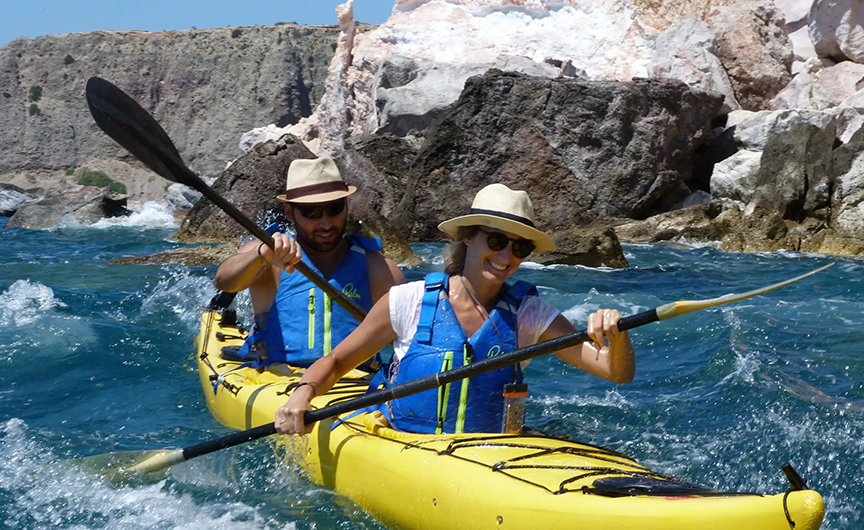 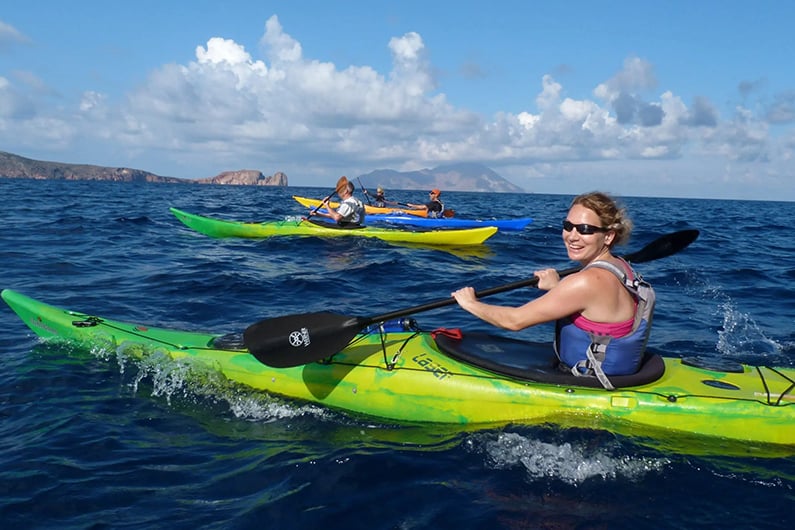 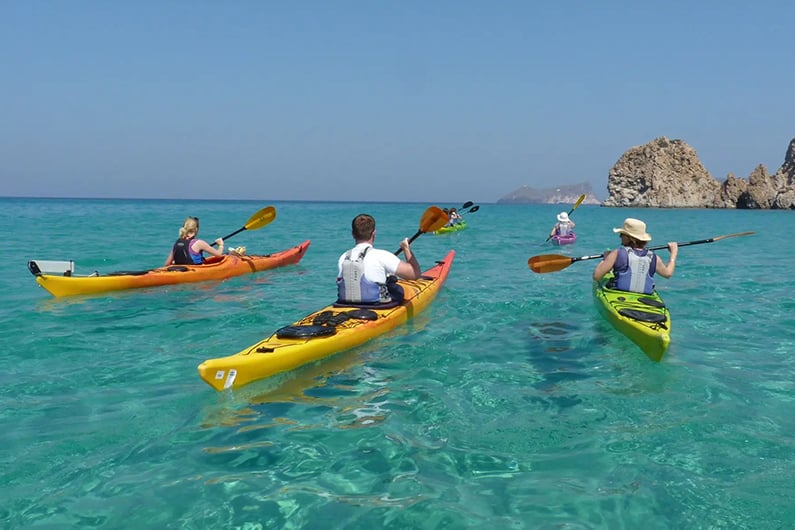