The colourful and vibrant city of Limassol is a huge tourist draw. It may have developed rapidly with large hotel complexes along the Mediterranean waterfront in the past few decades, but the heart of Limassol is still very much full of charm and character.

Limassol is situated between the ancient cities of Amathus and Kourion (Curium).

Its focal point in the old city is a medieval castle.
On that site, the history books have it that Richard the Lionheart on one of his Crusades married Berengaria of Navarre and crowned her Queen of England in 1191.
Although a visit to the castle is not included in our tour, there is free time to stroll around the old city.

From the centre, a number of lanes fan out and old shuttered houses and modern shops sit comfortably side by side. The area buzzes with cafes, bars and restaurants, popular with visitors and the residents.

Our excursion takes us on to Curium, once an important city-kingdom founded by the Greeks in the 14th century BC and now one of the most important archaeological sites on the island. It is situated in a magnificent place, west of Limassol and high up overlooking the sea. We visit the Greco-Roman amphitheatre and the House of Eustolios, originally a private villa but later opened to the masses with its complex of baths and rooms with beautiful mosaic floors.

The amphitheatre has been painstakingly restored and is now used for musical and theatrical performances as well as being a major tourist attraction. 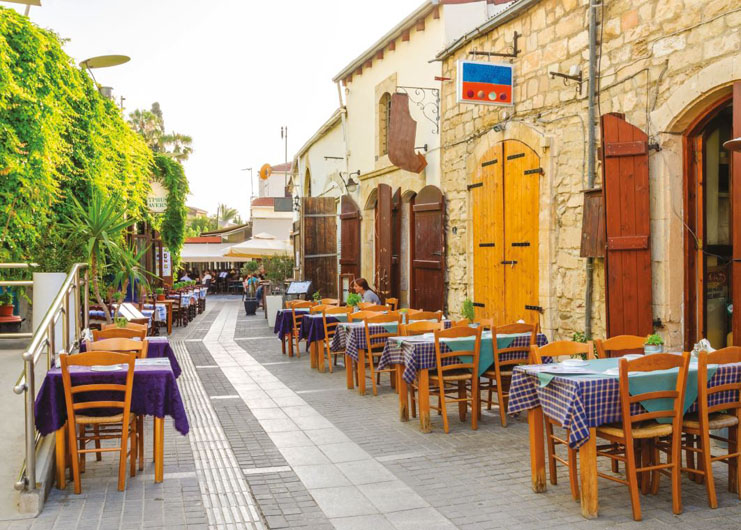 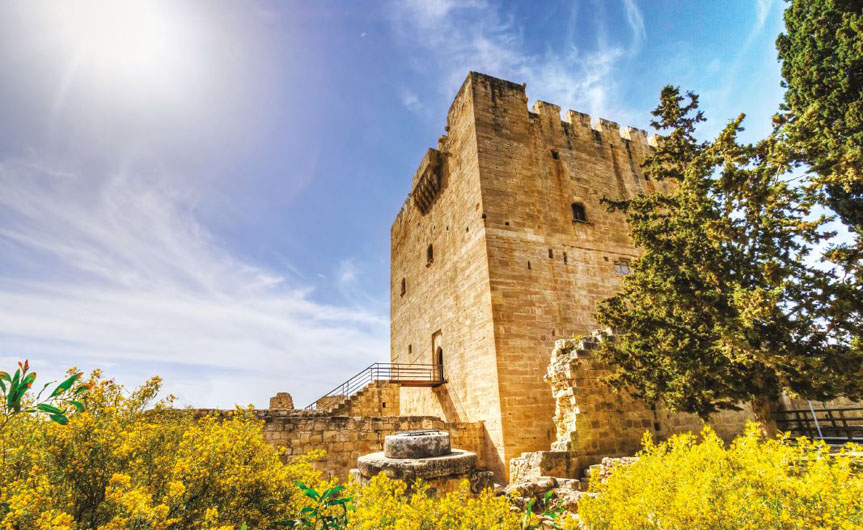