Athens is the world’s ancient capital. St Paul preached at Mars Hill near the Acropolis and the ancient Agora was one of his many meeting places.

We travel further afield as he did, to Corinth where we will first stop for a photo opportunity at this amazing feat of engineering, the Corinth Canal. We’ll enjoy a great view. Built between 1881 and 1893, the four-mile-long waterway cuts through the Isthmus of Corinth and follows much the same line as a canal planned in Roman times.

The waterway is 70 feet wide, 26 feet deep and 170 feet high. We head for ancient Corinth where St Paul lived, preached and wrote around 50-52 AD and we will visit a number of the sites associated with his stay. He established a church and wrote two epistles to the Corinthians.

During the 6th century BC, it was one of Greece’s richest cities. Located in the northeast corner of the Peloponnese and at the head of the Gulf of Corinth, the city controlled the narrow Isthmus and the two seas on each side. Excavations, begun in 1896 and still ongoing, revealed the Temple of Apollo and Roman ruins.

Paul spent 18 months in the city before the Jews of the city charged him with breaking the law and brought him before the proconsul Gallio at the city’s place of judgment (Bema). He dismissed the charges.

The three of these were tentmakers (or leather workers) and may have had their place of business in the city’s commercial marketplace, the agora.

This would have given Paul numerous opportunity to speak with customers and passers-by about the resurrection of Christ.

All three later sailed to Ephesus to continue their missionary work.
No canal boat crossing. 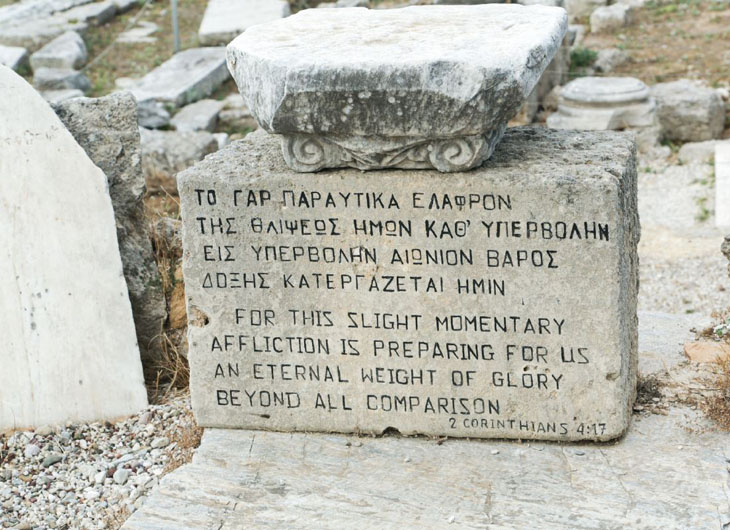 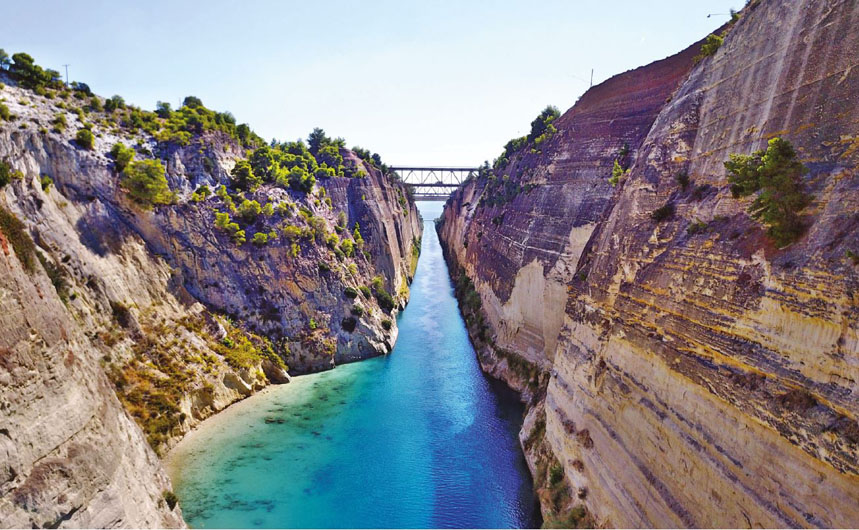