The island of Crete may be best known for being one of Greece’s most popular tourist destinations but look a little deeper and you will find something a little fascinating. The ancient city of Knossos, near the capital Heraklion, was the place that ‘gave birth’ to the very first civilisation of Europe, the Minoans. So we can probably say it’s Europe’s oldest city.

Our excursion will open up the world of the Minoans as we visit one of the continent’s most important archaeological treasures.

The first excavations were undertaken in the 1870s by Minos Kalokairinos, a Cretan himself. A few decades later in the early 1900s, more work by Sir Arthur Evans from Britain brought to the world’s attention the Palace of Knossos, according to legend the residence of wise King Minos in its entirety.

We will be able to explore the large Central Court, the wonderful Throne Room, the imposing Grand Staircase and see the fresco of the ‘Prince of the Lilies.’
As you stroll through the palace apartments and view the archaeological finds, we think you will be just a little impressed by the rich cultural heritage of the Minoan civilisation.

You will undoubtedly hear the Cretan legend of the Minotaur, half man, half bull who lived in the Labyrinth and was slain by Theseus. But that’s a whole other story.
We call in at the Archaeological Museum of Heraklion to find out more of the background to the history and culture of Crete.

Our tours ends in Heraklion and the home to many important historical figures, including Nobel Prize winning poet Odysseas Elytis, the painter El Greco and the writer Nikos Kazantzakis.

The city is also blessed with some beautiful buildings and edifices including the ‘Koules’ fortress, Venetian Loggia, Morosini Fountain, Basilica of St Mark, Church of Agios Titus, medieval monastery of St Catherine and the Cathedral of Agios Minas. 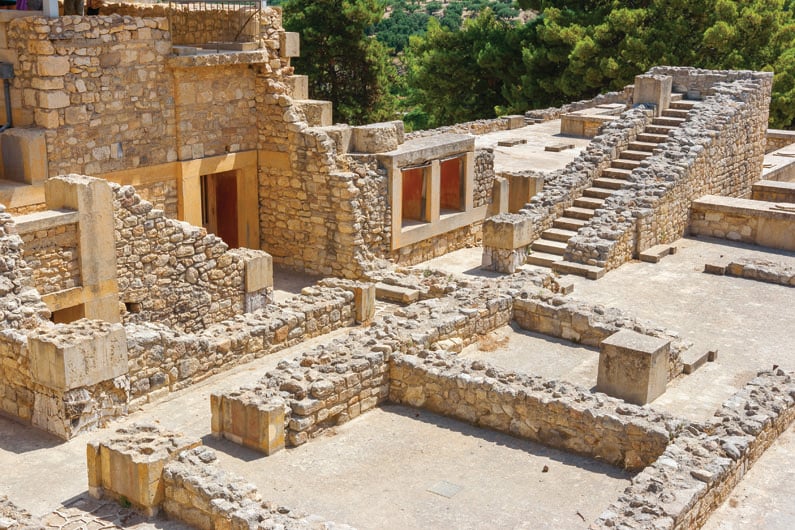 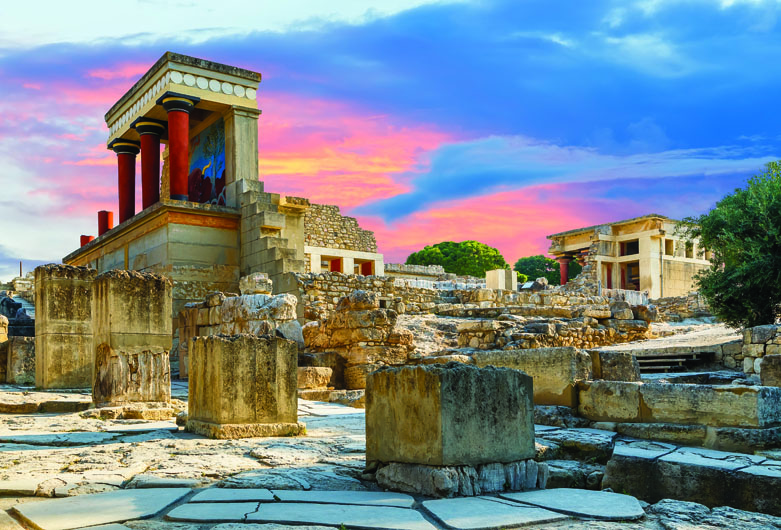 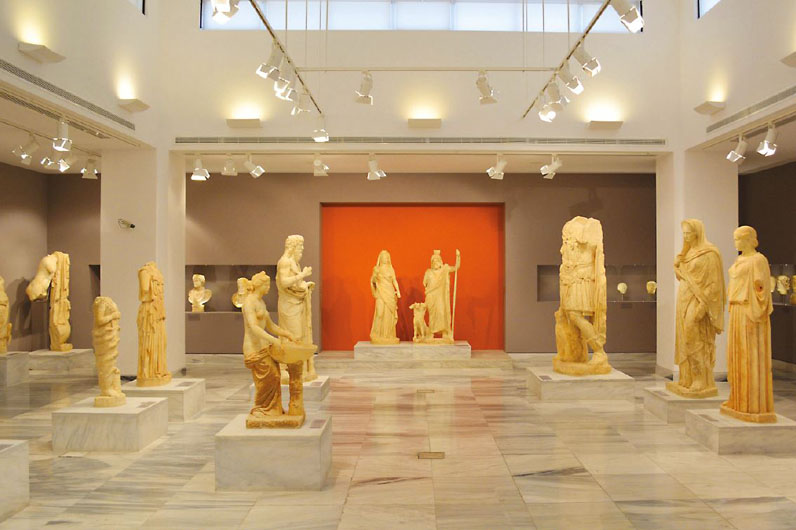