You are at the wheel of this exciting Jeep excursion with your guide as co-driver to show you the way! This alternative trip combines the wild, rugged and more desolate beauty of the south west of Santorini with the generally more touristy eastern part of the island. We start from Akrotiri, in the south-west. The settlement of Akrotiri was destroyed in the eruption and buried in volcanic ash which preserved many of its buildings, structures and fine frescoes. The site has been excavated since the 1960s.

Akrotiri could have been the inspiration for Plato’s story of Atlantis. We see the lovely lighthouse of Akrotiri, built in 1892 and one of the oldest in Greece, then stop at the virgin Vlychada beach and the popular Perissa beach with its black sand washed by the beautiful crystal waters of the Aegean.

Our journey takes in Mount Profitis Ilias (Prophet Elias) the little village of Exo Gonia built amphitheatrically on a slope and the peaceful Monolithos with its hidden beauties and its long and popular beach. This is a great opportunity to see Santorini off the beaten track. It’s unforgettable excursion with you in charge and it comes to an end at Fira. 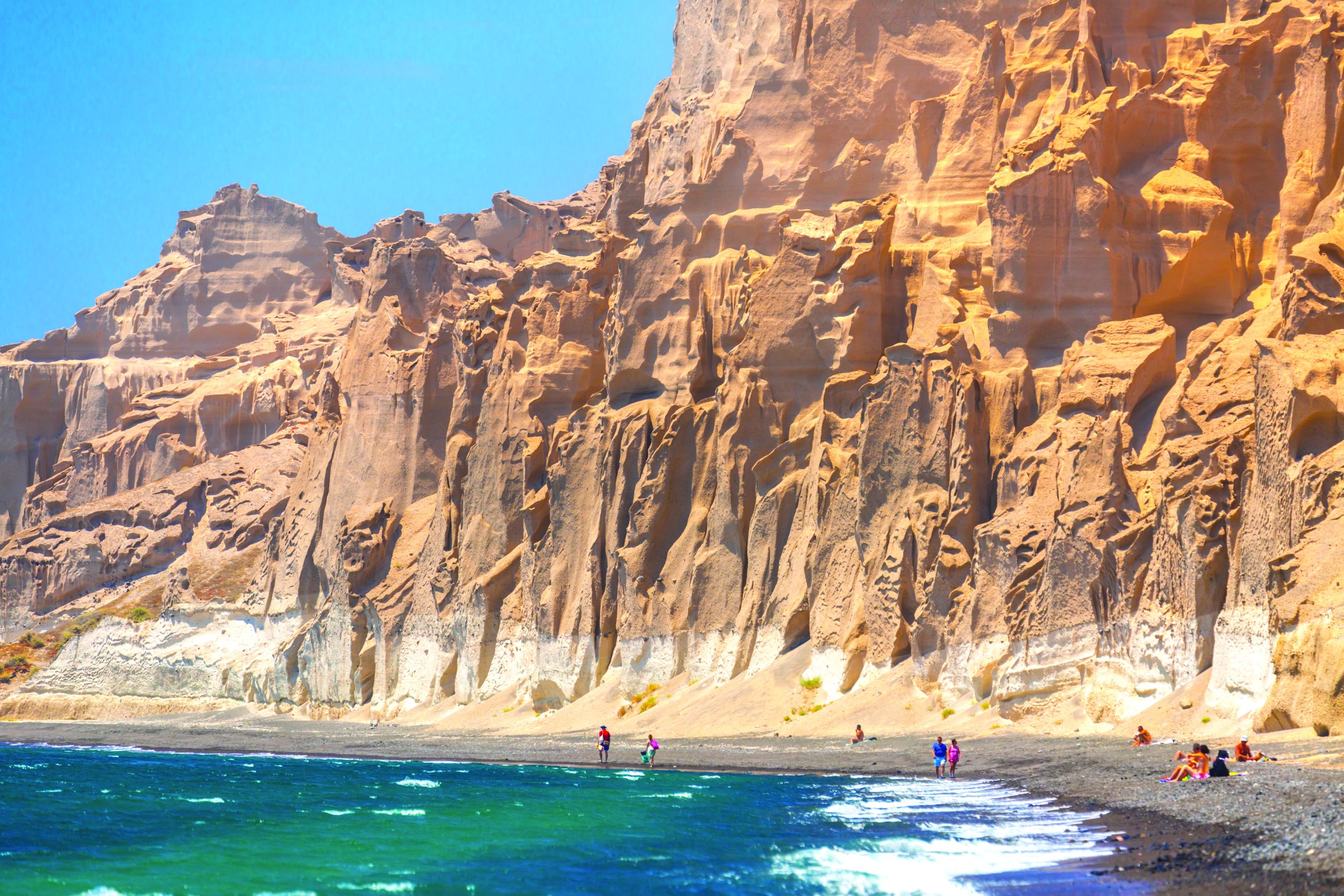