Tips for the Terrace Houses

Every step we take in Ancient Ephesus brings us closer to the Hellenistic, Roman and early Christian eras. We will enjoy a truly exceptional experience in one of the most important and complete classical cities in Europe, even though only a fraction of it has been uncovered.

We pass through the Magnesian Gate and wander through the Agora, Odeon, the magnificent and restored Library of Celsus, the marble-paved Main Street of Curetes, Baths of Scholastica, The Great Theatre, Trajan’s Fountain, the Houses of the Patricians, Prytaneum and the Temple of Hadrian.

Opposite Hadrian’s Temple, at the foot of the Bulbul Hill and the covered part of the archaeological site, protected from the heat and natural elements, lie the Houses of Koressus or Terrace Houses.

It was here that the wealthy families of Ancient Ephesus lived. These villas are excellently preserved, especially the interior decor. The oldest houses so far unearthed date from the 1st Century BC, were built on two storeys and even had hot and cold water and a heating system, clay pipes under the floor. The houses were constructed to a city plan in which roads intersected with each other at right angles.

Ephesus, which became the second largest city in the Roman Empire, was dedicated to the goddess Artemis and the magnificent temple built to honour her took 120 years to complete. It is one of six of the Seven Wonders of the Ancient World that have long gone. 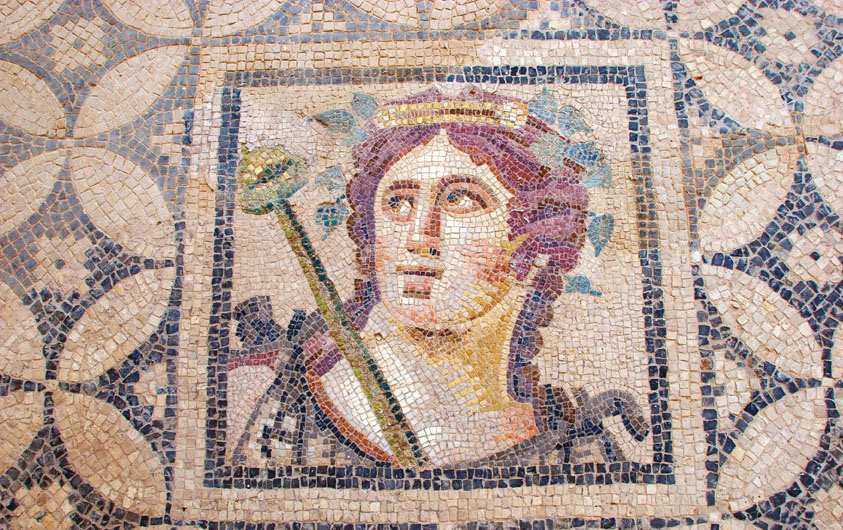