Home / Excursions / Walking tour in the Medieval City of Rhodes

Sometimes the best way of immersing yourself completely in the history and atmosphere of a place is to explore on foot. That’s exactly what we do on this fascinating tour where we get to the very heart of Medieval Rhodes and the compelling story of the Knights of St John of Jerusalem.

We begin along the Street of the Knights in the Old City. It’s one the best preserved medieval thoroughfares anywhere.

We will see the buildings that were home to the Knights, ranked by Order with the crests still in place today.
The purpose of the Knights originally was to provide medical care for wounded crusaders but they soon became a military order and fought off attempts by the Ottomans to capture Rhodes (which they did eventually). The head of the Order was the Grand Master.

We visit the splendid Palace of the Grand Master, the focal point and most important site of the Knights’ Quarter. This magnificent structure is also called the Kastello is a fine example of Gothic architecture.

The Byzantine citadel was constructed in the 7th Century, the palace itself in the 14th Century.

Where the palace sits today might have been the spot where once stood the Colossus of Rhodes, one of the Seven Wonders of the Ancient World.

Our tour also takes in the Mosque of Suleiman the Magnificent, Turkish Baths, the Hospital of the Knights and the Church of Our Lady of the Castle, which has stood guard since the 11th Century. 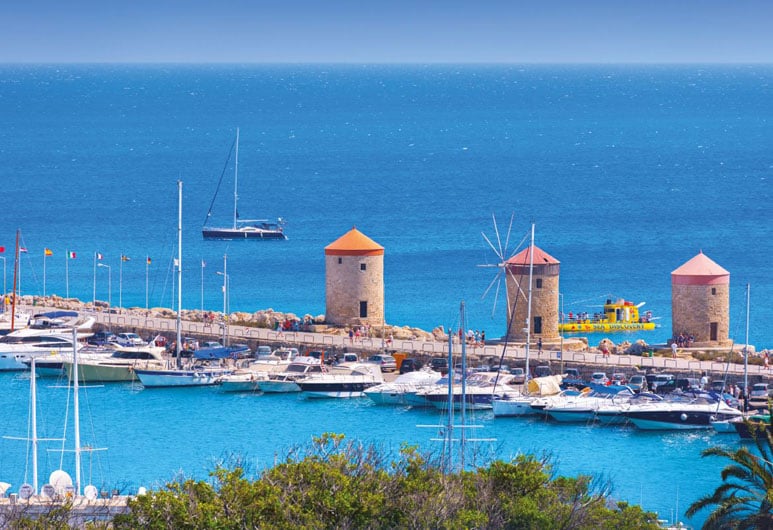 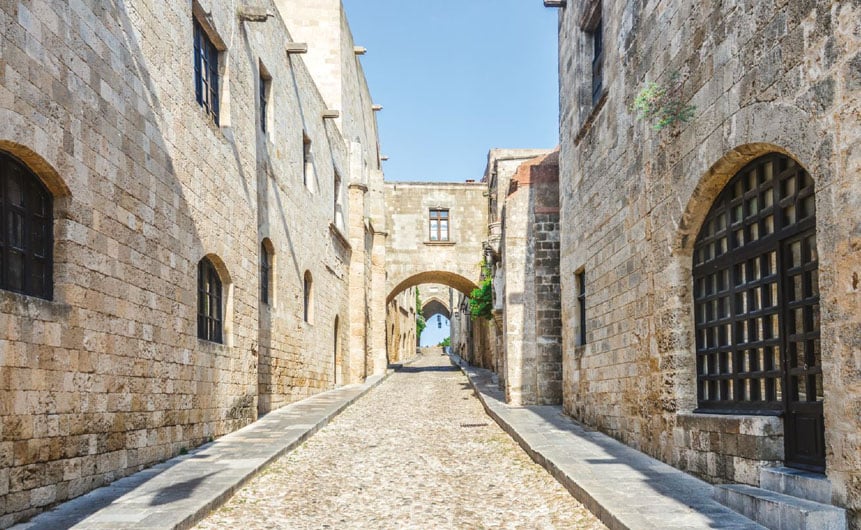