We invite you to take a step back in time to discover the ancient ruins of Pergamon, a city that achieved a high status of culture during the Hellenistic era. Recognised as a center for learning and culture, Pergamon had a library with over 20,000 volumes that rivaled Alexandria in terms of importance.

The foundations of Pergamon can be traced as far back as the 5th-Century BC, but it was in the 4th-Century BC, under the leadership of Kings Attalus I and Eumenes II, that Pergamon reached the height of its independent powers. Credited with the invention of parchment, the city’s ancient medical center, Asclepion, named after the Greek Father of Medicine, developed treatments that were centuries ahead of its time.

Our specialist guide will show you round this fascinating open-air museum and reveal history in relation to the three temples dedicated to Zeus, Athena, and Trajan together with a visit to the remains of the medical theaters and library. Built on a cliffside, the ancient grounds of Pergamon offer up incredible views of the Aegean. 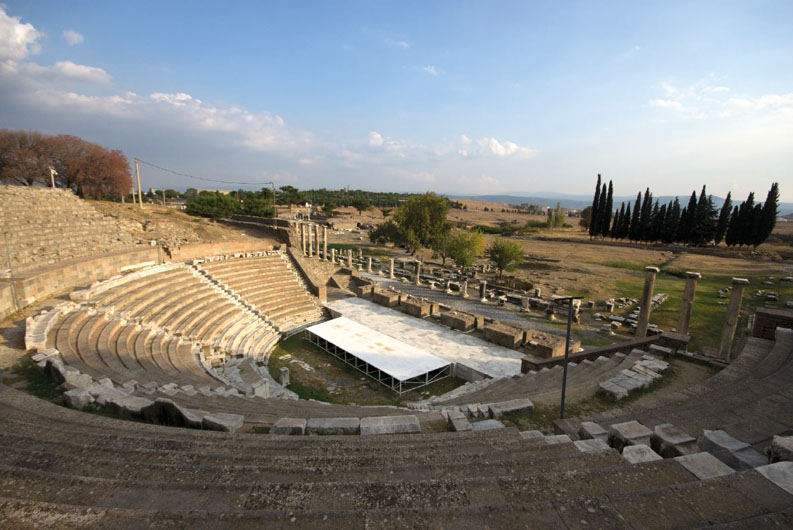 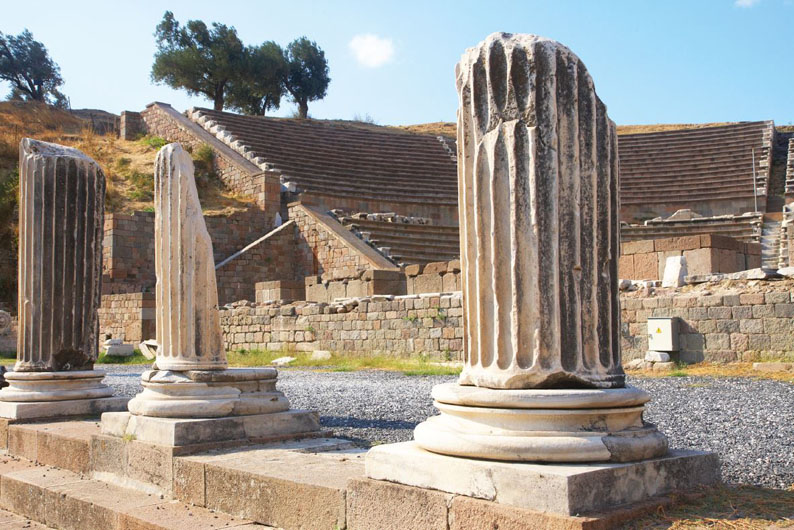 A CITY AHEAD OF ITS TIME

Pergamon does not always receive the attention it deserves. Our full-day tour is designed to change that and reveal the marvels of medicine that Pergamon gave to the ancient world.

The first stop of the tour will be to the ancient acropolis before moving on to the 2nd-Century Red Basilica after which we will break for lunch at a nearby restaurant. The second part of the tour will be to visit the world’s first hospital where you will hear tales of ancient healing techniques that would not be used widely for over 200 years.