This is a fascinating half-day excursion to Thessaloniki’s most popular landmarks.

Our first stop is for photos at the White Tower on the seafront promenade, the paralia.

The tower is the city’s most famous monument, was built in 1430 and houses Byzantine icons and historical displays on its several floors.

It is a majestic symbol of Thessaloniki.
We then have an hour to explore the Byzantine Museum, an incredible collection of artifacts from the early Christian period onwards, including sculpture, mosaics, painted tombs, embroidered fabrics and religious icons.
Our itinerary then takes us past the International Trade Fair grounds and the Aristotelion University toward the Citadel, where we have a superb panoramic view of the city, Mt. Olympus and Thermaic Gulf beyond.

From here we drive to the 5th century Basilica of St. Demetrius, the largest church in Greece, which houses an impressive display of mosaics and the crypt where Demetrius was confined.

On our return to the ship we drive past the Arch of Galerius and St. George’s Rotonda.

The arch was built in 303 to commemorate the victory of Galerius over the Persians in 297 A.C., and it is chiseled with scenes of the battle.

Just north of the arch stands the massive Rotonda, which historians believe was constructed as a mausoleum for Galerius.

St Paul arrived in Thessaloniki to preach on his Second Missionary in 49 AD.

And his letter to Thessalonians was addressed to a church here the following year. 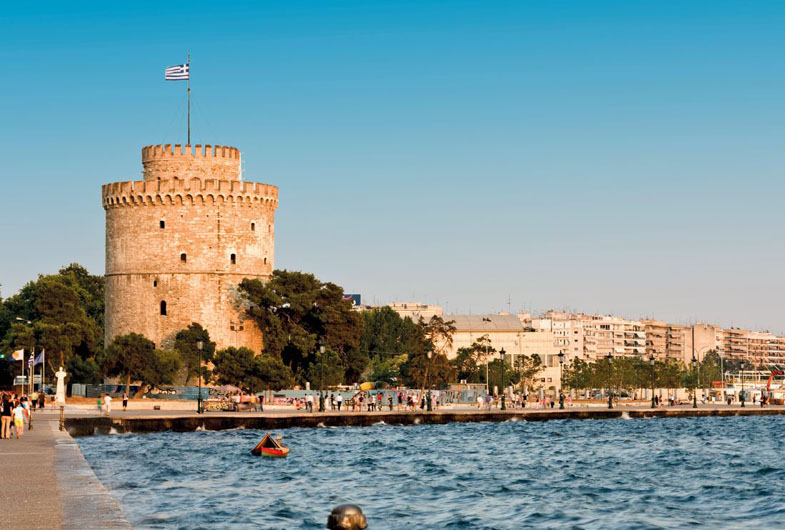