We will have the opportunity to travel through the ages, both to the prehistoric times, but also to the tradition and culture of Volos and Pelion.

The sense of mystery engendered by the mountain’s impenetrable forests has given rise to many legends.  It was said by the ancients that during the battle between the gods and the giants, the latter tried to challenge Olympus by piling Pelion in Ossa.

Mount Pelion was also the remote home of Chiron, the wisest of the centaurs, who played an important role in the Greek fables.  Moreover, Pelion was the mountain that the Gods held their weddings and beauty contests.

We will drive up to one of the most interesting villages in Pelion, Makrinitsa at an altitude of 700m.  We shall leave the coach in the square at the entrance to the village and take a stroll through the narrow streets among the splendid old houses.

Owing to the abundant water resources, they are also scattered; many are built in the traditional style with jutting upper storey’s, supported on wooden sorbels, and slate roofs, with overhanging saves.

The main square (platia) is especially attractive due to its fountain, plane trees and tiny church (13th c.).

There will be plenty of time for those wishing to stroll along the cobble paths of the village, visit the museum of culture and tradition, or just have coffee at the square of the village, gazing at Volos and the Gulf. 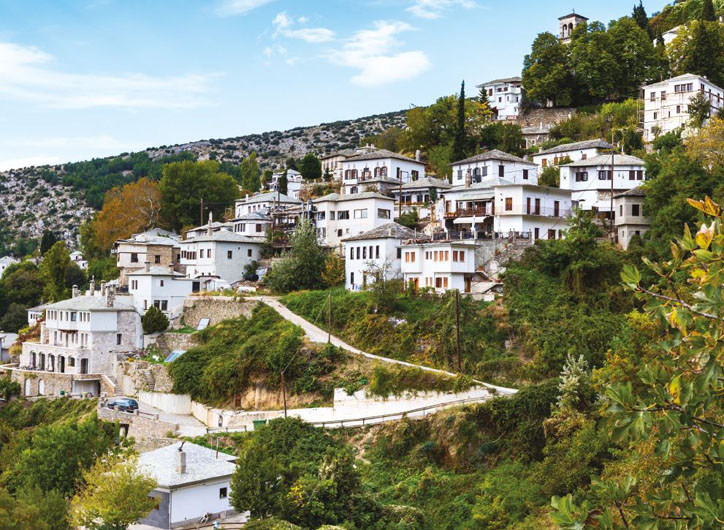 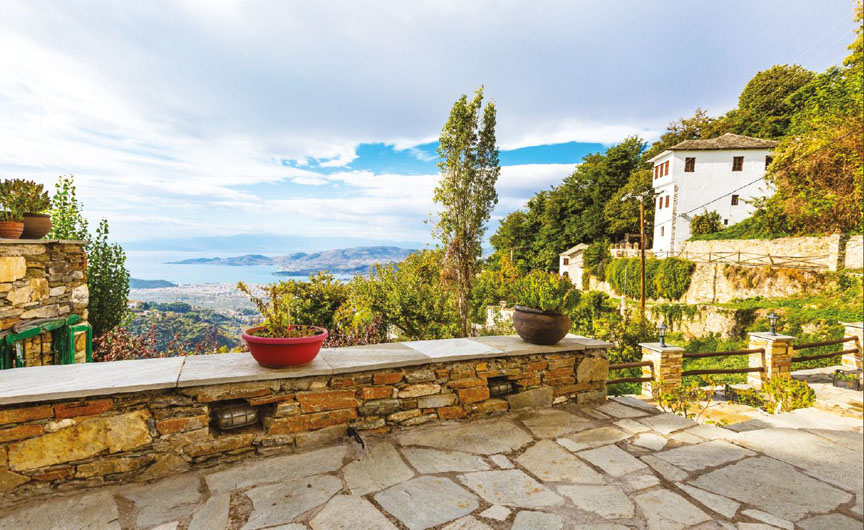