A Fun And Informative Tour

We head to central Athens for a panoramic tour of the city named after the goddess of wisdom and warfare.
First we see the magnificent Temple of Zeus, standing at the south east of the Acropolis.

The Temple is dedicated to the father of the 12 gods.
We continue past the Greek Parliament Building and stop at the Panathenaic Stadium which staged the first modern Olympic Games in 1896.

We arrive at the “Trilogy of Athens”: three 19th century buildings, influenced by classical architecture, on Panepistimiou Street.

A trip through Omonia Square and Syntagma Square, the epicentre of modern Athens, will bring us to the beautiful, picturesque preserved quarter of Plaka, beneath the Acropolis.

Our final destination is the modern, bright and imposing Acropolis Museum.

Opened in 2009 and on multiple levels, it houses a whole host of exhibits of classical antiquity and is thematic.
It’s the perfect way to draw everything together and give context to the wonderful structures you have just seen.
At the end of our journey we hope you will have a full appreciation of the glories of classical Athens and a sense of one of the most historically important capitals in the world. 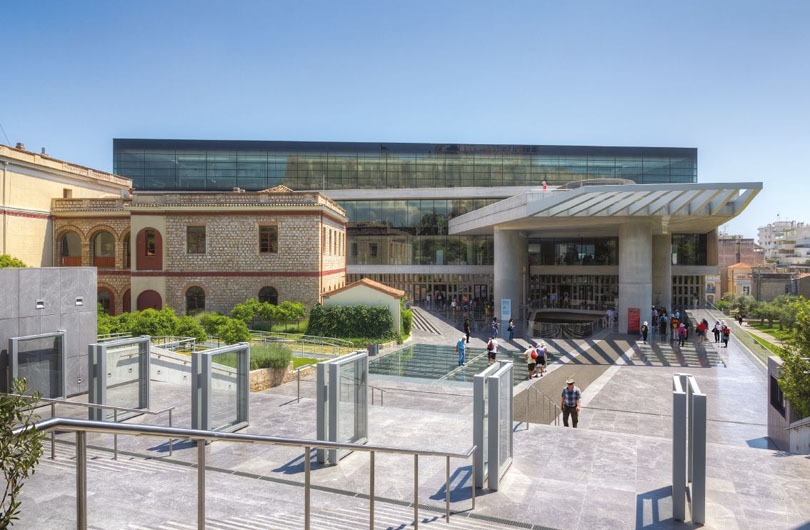