Take a memorable cruise to the so-called ‘Cycladic Sisters’, consisting of, Mykonos, Delos and Rhenia.

You will be transported by boat to the ancient harbor of Delos and you will travel back in time. In front of the pier is the “Agora of Hermaists” or “Competialists” with altars and shrines.

The ancient road crossed two porticoes. Behind the south portico used to be the “Agora of Delians”. Next follows the “Oikos (House) of Naxians”, dated to the 7th century B.C. Further north you will admire the three “Temples of Apollo”, the oldest of which was already in use by the 6th century. The southernmost temple is known as the “Temple of the Delians”.

At the northern side of the temples you will stand in front of the so-called “treasures”. Here, every city of antiquity exhibited its offerings. A monument that will draw your attention is the “Sanctuary of the Bulls”. You will find yourself at the “Agora of Theophrastos”, and will pass by the “Temple of the Twelve Gods” to eventually reach the “Granite Monument”. Next follows the “Avenue of the Lions”, which was encircled by full-sized marble lions. The large building complex that rises in front of you is the “Establishment of the Poseidoniasts of Beirut” and it was built by ship owners and merchants from Beirut.

After visiting the exquisite archaeological site of Delos we will then sail straight to the mesmerizing beaches and crystal clear waters of the uninhabited island of Rhenia where you can take your time to swim, snorkel and truly let go. Sandy coves, clear crystal waters and uncrowded beaches are Rhenia island’s true specialty. 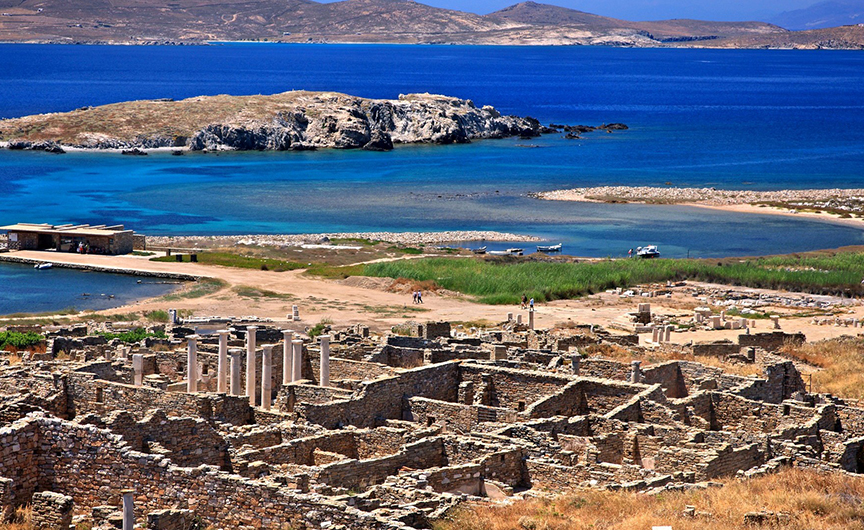 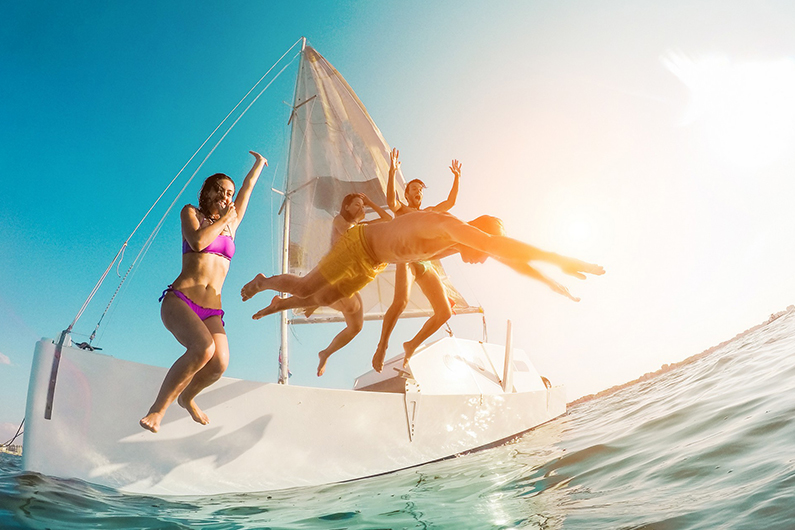 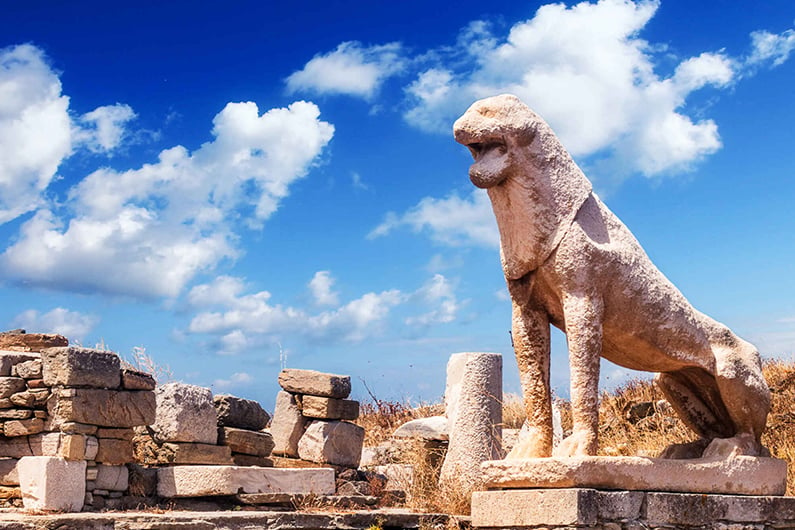