If ever there was a country that etches an indelible memory on your heart it’s Turkey. The earnest hospitality of the Turkish people compliments the country’s epic culture and sumptuous cuisine in ways you can barely imagine. Join us for an amazing cruise Holiday in Turkey and discover the delights of the eastern Mediterranean for yourself.

With its stunning scenery, fabulously well-preserved archaeological sites and dazzling cities that redefine exotic, it’s no wonder Turkey’s popularity as a destination keeps growing. Located at the crossroads of two continents and inspired by multiple cultures, the country is a living tapestry to savor and explore.

This vast land is home to more classical ruins than Greece and more Islamic monuments than Arabia. From the exquisite tilework found in the imperial Ottoman mosques of Istanbul to the bustling bazaars and legendary temples facing the shimmering Aegean coastline, an indefinable essence called enchantment comes with the territory.

Your Turkish cruise Holiday gives you the opportunity to discover renowned Biblical sites visited by the Apostle Paul. From the House of the Virgin Mary at Pergamon to the remarkable ruins of Ephesus and more. Behind Turkey’s enigmatic visage there are urban vistas along the Bosphorus, the scent and colors of antiquity and storied landscapes rugged hills and olive groves that end in bays of shimmering blue.

Here you have the opportunity to explore the wealth of grandiose mosques and churches, palaces and bazaars, world-class museums and sites of unsurpassed natural beauty. All the while, the legendary Bosphorus flows from the Black Sea past the Golden Horn and into the heart of the city before winding its way to the Sea of Marmara.

Cruising into the Dardanelles toward its narrowest point at the seaport of Çanakkale, you pass the fabled Troad (Biga Peninsula), the site of ancient Troy, and the Gallipoli Peninsula where the brutal World War I battle was staged. Epic sieges and sundry acts of heroism have since been replaced by idyllic Mediterranean settings, but these mythic shores are bound to stir your imagination all the same.

Further south, Dikili is also the springboard to the glorious ruins of Pergamon, one of the most beautiful and significant of the ancient Greek cities of Asia Minor and today a UNESCO World Heritage site. Pergamon is home of some of the most evocative archaeological sites not just in Turkey but the entire Mediterranean.

See All Cruises To The Turkey

Discover The Delights of the Eastern Med On the itinerary of our Turkey cruise Holidays are the iconic archaeological sites of ancient Ephesus, Troy and Pergamon. The remnants of the ancient cities may only reveal a fragment of their former glory, but they still offer spectacular buildings and even more incredulous stories. 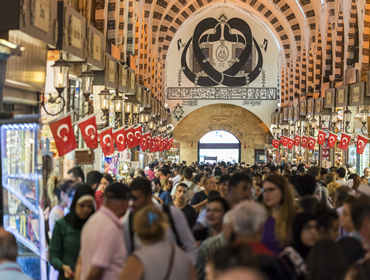 Shore excursions are a hassle-free way to explore the wonders of Turkey and accompanied by our specialist guides you have the opportunity to discover the history and the cultural relevance in greater depth. Cruise Holidays in Turkey are an exhilarating voyage of discovery. 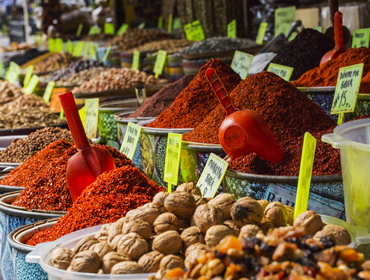 From the aromas of chargrilled meat and exotic spices in the vibrant atmosphere of Istanbul, to the artisanal market stalls in Portside bazaar’s, the welcoming locals love to introduce visitors to their rich culture and mouthwatering cuisine. Turkey is truly a magical experience to savor.
See All Cruises To The Turkey

A cruise Holiday in Turkey with Celestyal gives you the opportunity to explore other fascinating destinations in the eastern Mediterranean. This fascinating region has an unrivalled wealth of cultural heritage and natural beauty to discover, and we give you the opportunity to experience more in a short space of time. Are you ready for a magical adventure?
Turkey Cruises

Magical Cruise Holidays in Turkey and Beyond

The eastern Mediterranean is brimming with spectacular destinations and a diverse treasure trove of history, culture and scenery. Our Turkey cruise Holidays not only whisk you away to Istanbul, Dikili, Kusadasi and Çanakkale, but also take you on an adventure to scenic Greek islands including Santorini, Mykonos and Rhodes. You can even include cultural visits to Egypt and Israel too! Come and live the dream in romantic surroundings.

Celestyal cruises not only take you on an incredible adventure to exotic destinations, we deliver authentic experiences and all-inclusive perks to ensure your Turkish cruise Holiday lives long in the memory.

Discover what is included in a Celestyal Cruises cruise package

All meals on board