We are following figuratively in the footsteps of some of the greatest names in history.

Socrates. Plato. Pericles. To name just three. And we explore one of the country’s more modern feats of engineering.

We travel to the very heart of Athens to a get sense of one of the most historically important capitals in the world. We set off on a panoramic tour of the city named after the goddess of wisdom and warfare and begin to understand why ancient Athens was such a powerful place.

Our excursion takes us around Syntagma Square, the city’s central plaza and includes the jewels in the crown of the National Library, Hadrian’s Arch, the Parliament and the Tomb of the Unknown Soldier. We travel along the historic avenues to see Schliemann’s House, the cathedral and university and the Russian Orthodox Church. We stop at the Panathenaic Stadium which staged the first modern Olympic Games in 1896 and pass the former Royal Palace and Zappeion Hall before arriving at the dramatic, towering, Temple of Zeus.

We then leave Athens behind and drive along the scenic coastal highway to Corinth for a cruise along the stunning Corinth Canal opened in 1893. This remarkable structure is flanked by steep and mesmerising cliffs, has no locks and connects the Ionian and Aegean seas. It also separates the Peloponnese from the Greek mainland.
Our excursion concludes with free time at the resort of Isthmia. 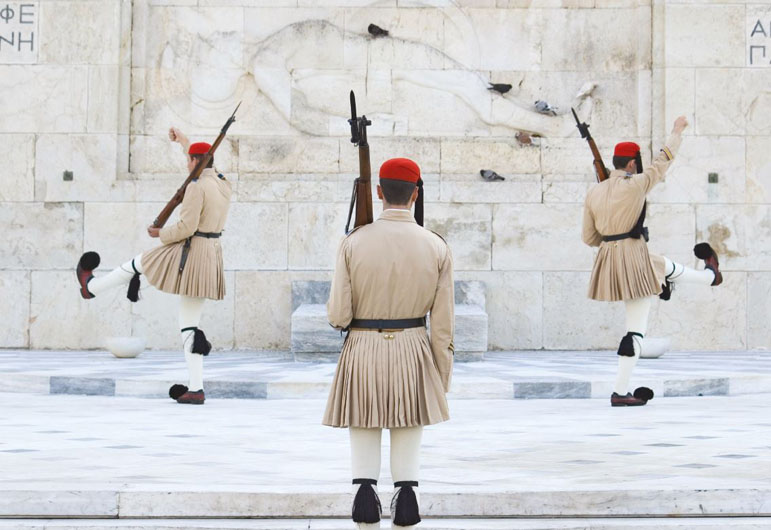 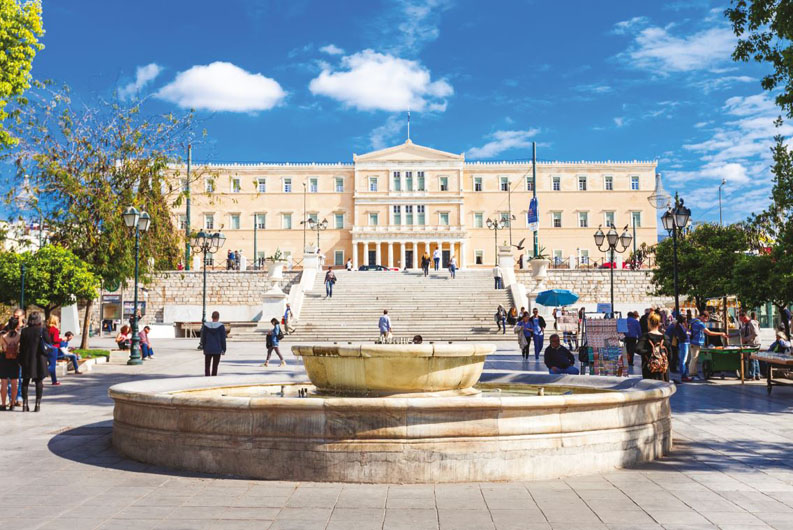