Discover the highlights of Athena

A walk with us through the very heart of Athens brings us to one of most recognisable, historic and most photographed sites in the world, the famous Acropolis with the Parthenon at its summit.
It is a reminder of Ancient Greece’s powerful civilisation and the greatest architectural complex bequeathed by Greek Antiquity.
The monuments on the Acropolis (a UNESCO World Heritage Site) have survived for almost 25 centuries.
On this hill that still dominates Athens, democracy and philosophy were born so it is little wonder that a visit to Classical Athens is quite simply awe-inspiring.
The Parthenon is dedicated to the goddess Athena, protector of the city.
At the foot of the Acropolis and its ancient temples lies the oldest neighbourhood of Athens, Plaka. Visitors are mesmerised and charmed by its beautiful houses, cobblestone streets and tiny shops, architecture, elegant atmosphere and neo-classical colours and the well preserved gardens and Byzantine churches.
As we head away from the Acropolis and Plaka, we pass the Tomb of the Unknown Soldier in front of the Parliament with the familiar sentries or Evzones, synonymous with the city. No visit to Athens can be complete without a stop at the Panathenaic Stadium where the first modern Olympic Games were held in 1896.
We also see the ‘Trilogy of Athens’ which comprises the University of Athens, National Library and the Academy of Athens.
Our three hour odyssey through ancient history ends appropriately at the Squares of Omonia and Syntagma, the very centre of modern day Athens. 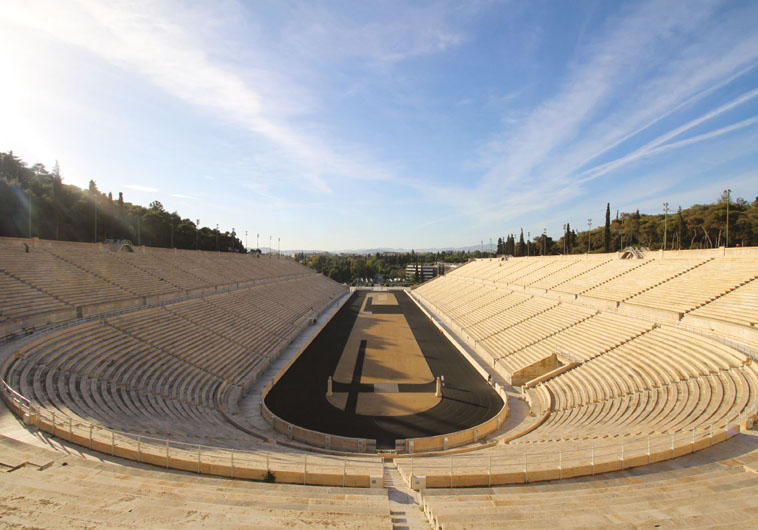