Myths on the Map: From the Rise of the Minotaur to the Fall of Atlantis

We all know the stories. Epic heroes, fearsome monsters, unbelievable journeys. The games of gods. The clash of titans. Wherever you’re from, you’ve probably been to ancient Greece in your imagination. And with a few directions from your favourite local, you can bring every legend, myth and fable to life. Why imagine when you can explore?

5 Greek Myths and Where to Find Them

1. The Rise of the Minotaur

The cursed son of King Minos was born with a monstrous face even a mother couldn’t love, so his father locked him up in an ever-winding labyrinth. Half-bull, half-man, the beast raged on, feasting on tributes sent from Athens. Until heroic Theseus arrives. With the help of the king’s daughter, Ariadne, Theseus overcame both maze and Minotaur. Or so say the stories…

Make it real: Sail to Crete and make your way towards Knossos Palace. Now an open-air museum, the hilltop estate of King Minos has plenty of secrets to reveal.

In the early days, when gods were on the lookout for followers, both Athena and Poseidon set their sights on what is now Athens. To decide who would become the city’s protector, a challenge was set. Each god had to create their greatest gift, and the people were to decide which is best. Poseidon created a saltwater spring. Athena created the olive tree. Guess who won.

Make it real: Climb to the Acropolis that overlooks Athens and you’ll find it. Although not Athena’s original, this olive tree has been protected and cherished for hundreds of years.

Helen of Troy, Achilles, the Trojan Horse – the fabled Trojan War of antiquity immortalised many names. But there’s one hero who stood above the rest. Odysseus thought up the plot that won the day: hiding his army inside a giant wooden horse. And that was only for starters. In Homer’s Odyssey, he tours mysterious islands and unbelievable cultures on the original Mediterranean adventure cruise. Our kind of guy.

Make it real: The modern world thought Troy was a myth until the mid-19th Century. Then the city walls were unearthed. Spend a day here when you’re in Turkey and discover the true story.

If there was a golden rule of ancient Greece, it was to stay on the good side of the gods. But Sisyphus didn’t much care for rules. When Zeus had an affair, he told his wife. When Death came for revenge, he caught him in a trap. When Hades brought him to the underworld, he escaped. Although Sisyphus deserves credit for his wits, he was asking for trouble. Now he serves his time by pushing a boulder up a hill all day long, only for it to roll back down again, on repeat, forever and ever and ever.

Make it real: Visit Corinth, the kingdom founded by the trickster Sisyphus. Only an hour away from Athens, this imperial city is a treasure trove of ancient stories.

5. The Fall of Atlantis

Atlantis wasn’t real, was it? According to legend, an ancient race of people created a utopia, the perfect civilisation, on a beautiful island in the middle of the sea. But the people became too successful, too advanced, and they set their sights on world domination. To remind everyone who’s really in charge, the gods of Olympus sunk Atlantis into the depths. Drowned and forgotten, the lost city was never seen again. Or so we all thought…

Make it real: Modern science suggests Santorini was the capital of Atlantis. Based on the locations given by Plato, the dates of volcanic eruptions, and the submerged city discovered in 2011, this seems to be a myth with a lot left to discover… 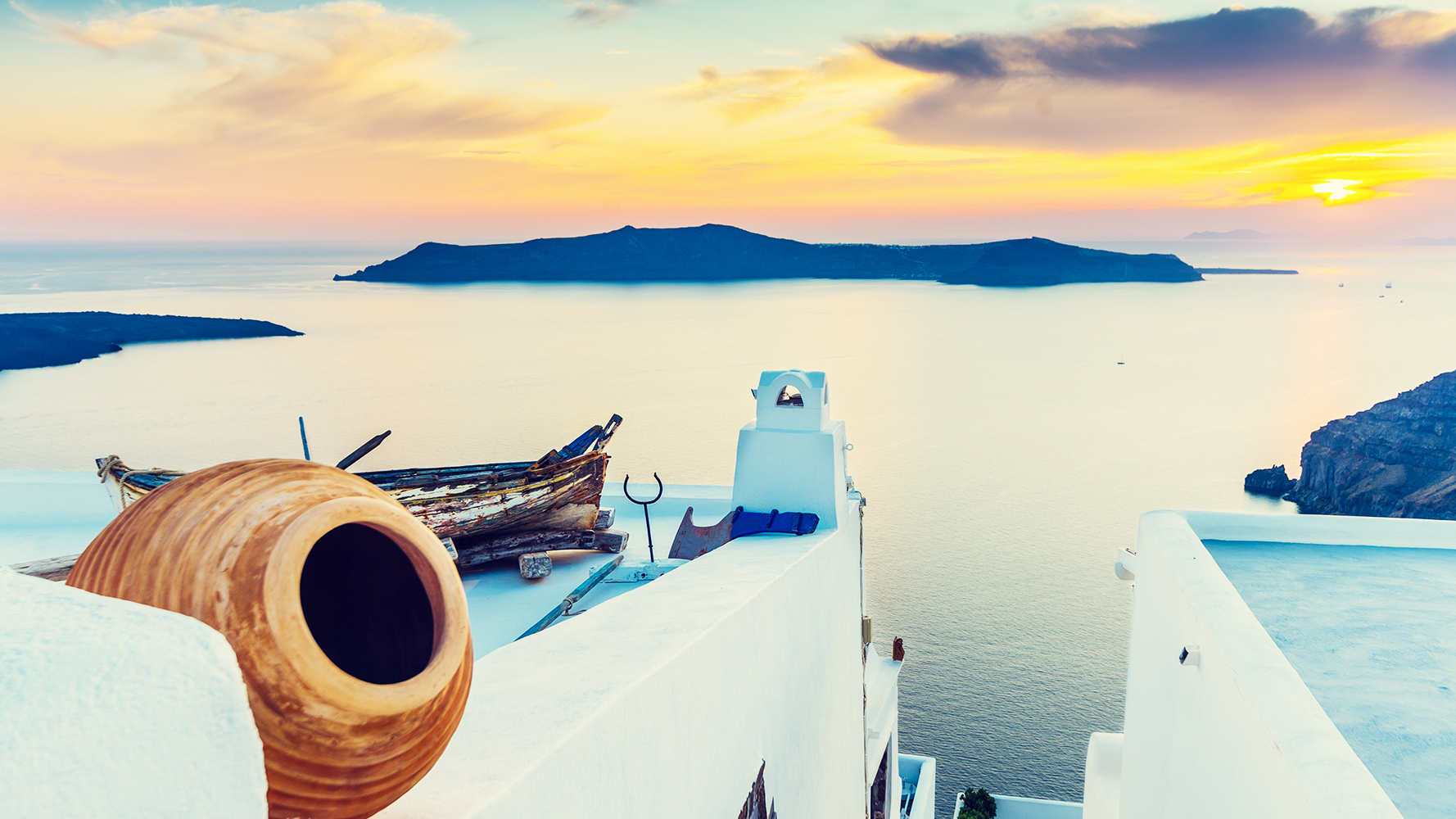