A pleasant drive will bring you from the port to the picturesque hills of Nazareth by highway.
Upon your arrival to Nazareth, you will Visit St. Gabriel Church and Mary’s Spring. The church, also known as St. Gabriel’s Greek Orthodox Church or the Greek Orthodox Church of the Annunciation, is located over an underground spring that according to Eastern Orthodox belief is where the Virgin Mary  was drawing water at the time of the Annunciation.

Water from the spring still runs inside the apse of the church and also feeds the adjacent site of Mary’s well, located 140 m away. The spring was the village of Nazareth’s only water supply at the time the church was constructed and served as a local watering hole for some three thousand years.

The spring inside the church is located at the end of a low vaulted cavern built by the Crusaders in the 12th Century. Ancient Armenian tile work decorates the walls of the cavern and there is a small recess with a shaft leading down to the spring where one can lower a metal cup to draw water. Free time for shopping and souvenirs. Your second stop will be Jardenit, place of baptizing of the first Christians, where you will have a guided visit.

Lunch break in a typical restaurant. A panoramic drive through ancient Tiberias with its modern hotels and restaurants will bring you to Capernaum, a settlement on the shore of the Sea of Galilee. The site is a ruin today but was inhabited from 150 B.C. to about A.D. 750. Here where you will see the ancient synagogue and the House of St. Peter.  Following site will be Tabgha, with the Church of the Multiplication of the Loaves and the Fishes.

You will visit the interior of the church with the mosaic of the fish and loaves laid next to a large rock, which has caused some New Testament scholars to speculate that the builders of the original church believed that Jesus stood on this rock when he blessed the fish and loaves just before the feeding of the crowd who had come to hear him.

The Mount of the Beatitudes will be your next stop with the Byzantine church which was erected near the current site in the 4th Century, and it was used until the 7th Century. Remains of a cistern and a monastery are still visible. The current Catholic Franciscan chapel was built in 1938. Return back to the vessel. 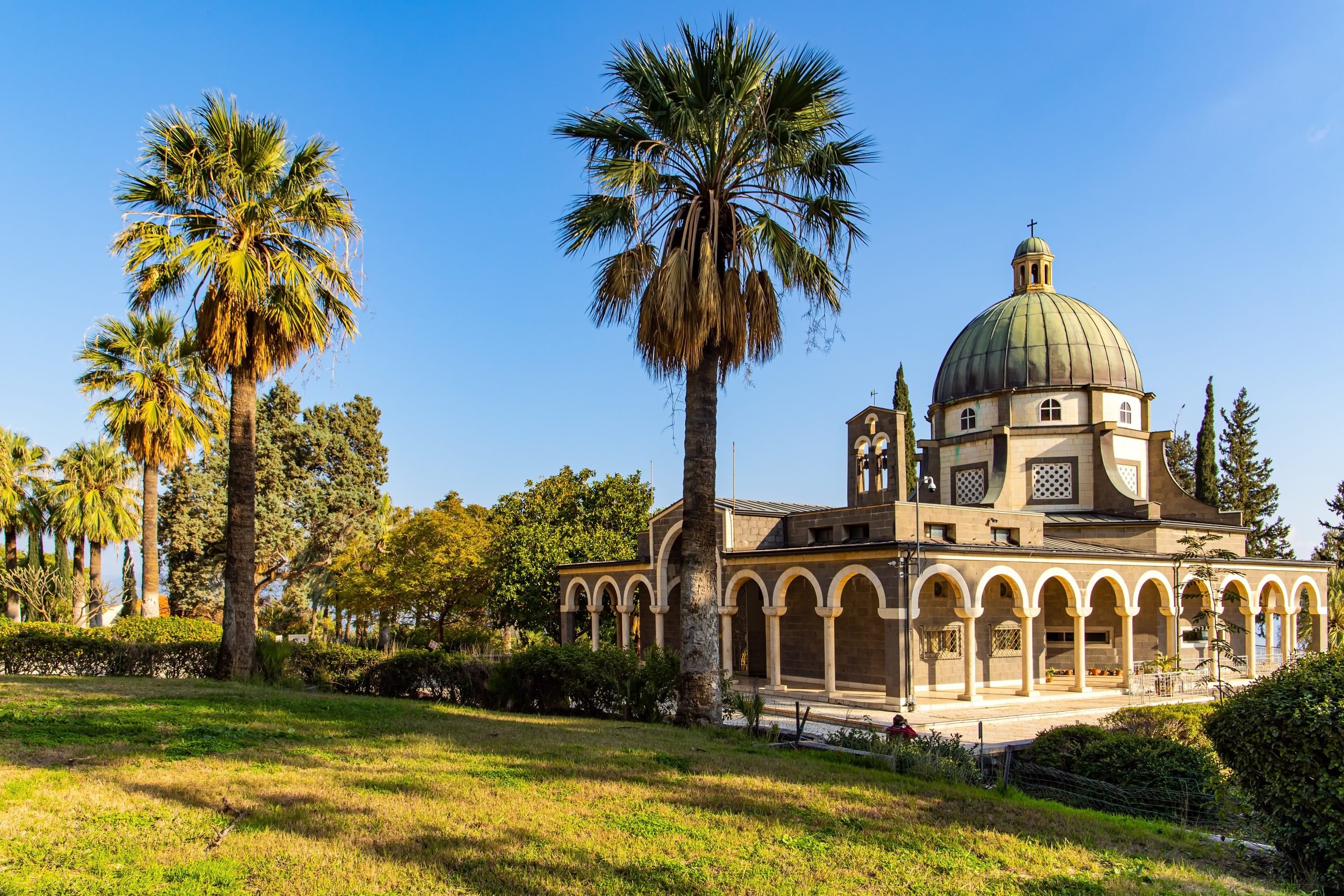