OLD AS TIME YET FULL OF LIFE

The coastal city on the Gulf of Izmir, between the Dardanelles and the Çeşme Peninsula, has a long history of winning over explorers. Looking out to sea, the islands of Lesbos and Chios in the distance seem to float on the waves. But the region’s most precious gifts are inland. Travellers to this exotic destination usually use it as a stepping-stone on the path to ancient Ephesus, a pivotal city in the popularisation of Christianity and, earlier, the worship of the goddess Artemis. Similarly ancient, settlers began to arrive in the Izmir area during the Neolithic period over 8,500 years ago, making the city one of the oldest settlements of the Mediterranean basin. Since then, ever-popular Izmir has been called home by Aeolians, Ionians, Lydians, Persians, Macedonians, Romans, Turks and Ottomans. Now it’s the second-largest urban agglomeration on the Aegean Sea, beaten in size only by Athens. Roman ruins can be found at the open-air museum at the Agora of Smyrna, where excavated gates and graves see the light of day once more and grand pillars are contrasted by the ancient graffiti scrawled on them. Less impressive but equally significant is the architecture of Izmir itself. Izmir’s historical houses are considered among the best examples of civil architecture from the 19th and 20th Century, exemplifying the gradual changes from Greek to Ottoman styles. Other stops worth making are to the Kentriko Parthenagogio, a landmark girls’ school, as well as the Homerion, NATO building, and the neoclassical seat of the Greek Consulate.

See All Cruises To Izmir Izmir has been known and loved as Izmir for almost a century. Before that, for almost three thousand years, its name had been Smyrna. Ancient Smyrna was part of an essential trade route between Anatolia and the Aegean, rising in power and splendour over the centuries. But its ideal position also made it the ideal target for attacks and destruction. Alexander the Great was first to order a widescale restoration and expansion of the city, a task which was continued by two of his successors. Then 500 years later, Marcus Aurelius followed suit with Roman renovations, following a particularly disastrous earthquake in 178 AD. Today, not much remains of ancient Smyrna, but thankfully one of the most important locations has been uncovered. The agora was the commercial, political and judicial heart of many ancient cities, a hub for artists, educators and social butterflies. Smyrna’s agora sits on the northern slopes of the Pagos hills, and as an open-air museum it provides fascinating glimpse of classic architecture and life. From the Faustina Gate to the Corinthian colonnades to Ottoman-era graveyard, well-preserved sights come with incredible stories. Keen-eyed visitors might even spot centuries-old Latin graffiti on an otherwise stately-looking pillar. 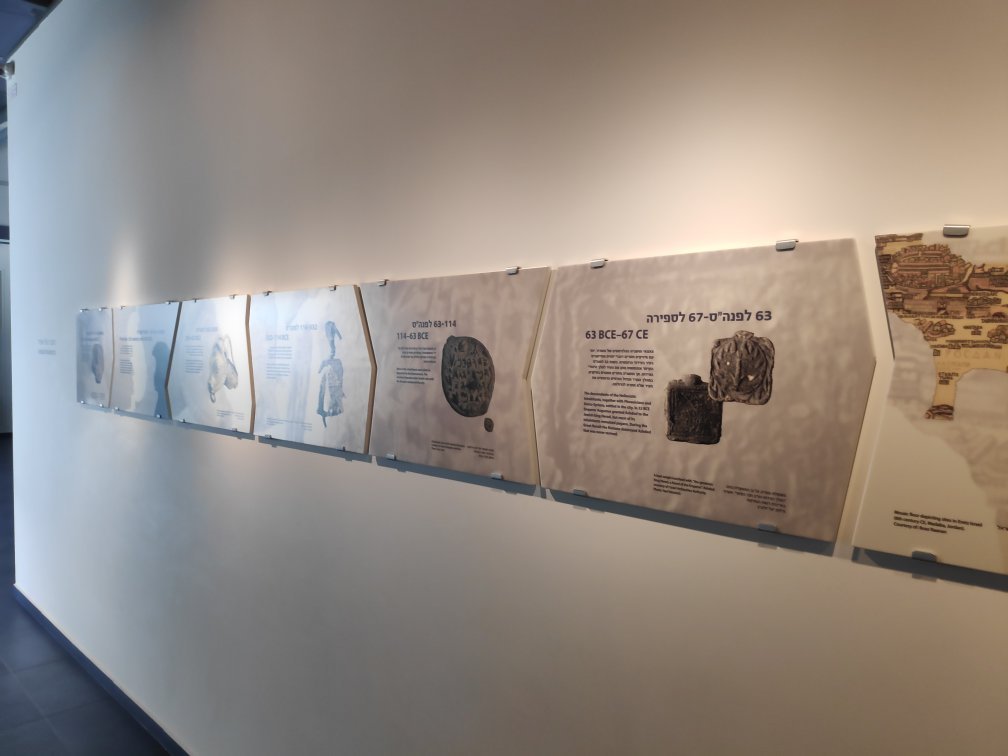 A real trove of Aegean wonders, Izmir’s Archaeological Museum is one of the richest repositories of ancient artefacts in Turkey. Classed as a regional museum, not just a local one, the importance of its bounty cannot be understated. Displayed across three pavilions – Sculpture, Ceramics and Precious Objects – the story of the Aegean is told from the Bronze Age to the Greek and Roman periods. See it come to life in everything from centuries-old everyday tools and household utensils to captivating friezes and rare coins made from an ancient alloy of gold and silver. Iconic sites such as Pergamon, Miletus and Aphrodisias have their own exhibits and collections. And there are also two gardens to explore, which portray the history of western Anatolia as you stroll in the glorious sunshine. An hour or two at the Archaeological Museum is as fun as it is fascinating. 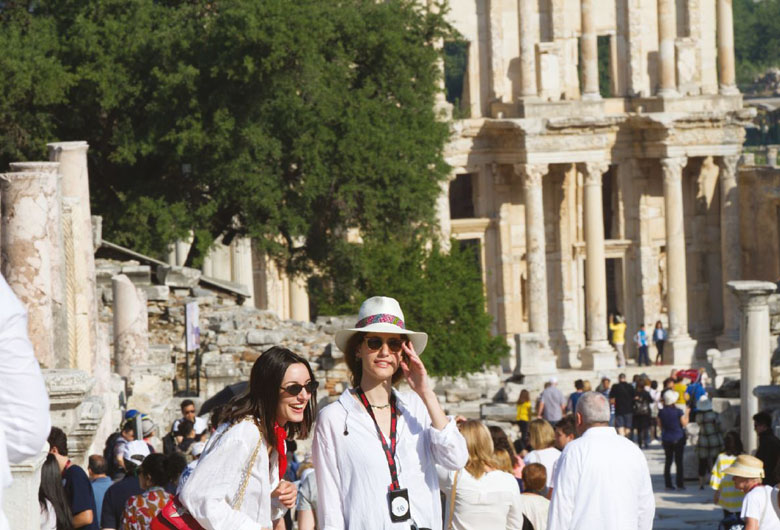 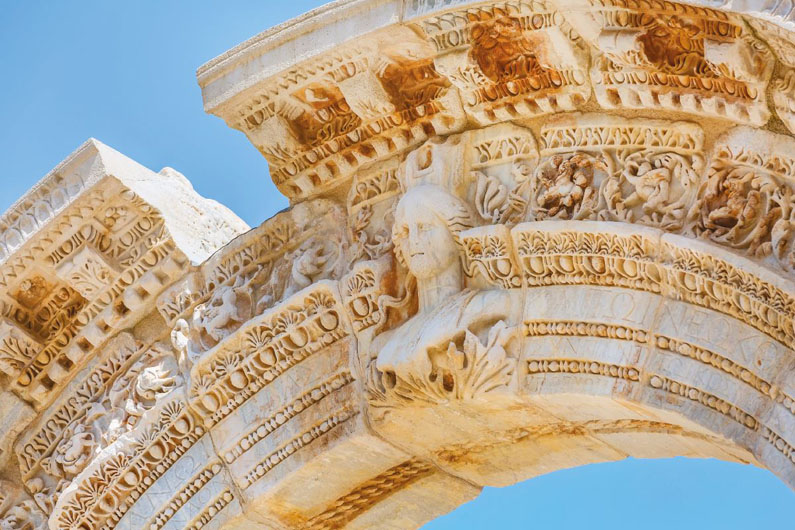 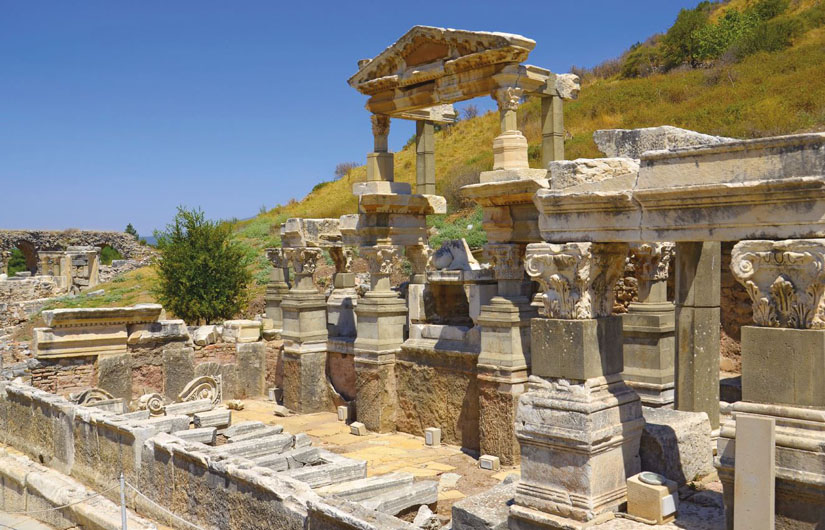 While there are remnants from many periods of history at Ephesus today, the vast majority of the ruins you see today are Roman. Fortunately, they are also the most spectacular, and many are surprisingly intact. The most famous ruin at Ephesus is that of the Library of Celsus, built-in 125 A.D. Its imposing marble façade, which was faithfully reconstructed, is decorated with botanical-themed carvings and portrait statuary, and the building faces east to maximize the morning light. Also iconic is the Temple of Hadrian, the regal monument with the signature semi-circular tympanum (decorative wall entrance) with a carved female figure, possibly Medusa, on the south side of Curates Street that once connected the Library of Celsus with the Gate of Hercules. Your Ephesus list could also include the ancient open-air theatre (it could seat 25,000 spectators), the Odeon (a smaller theatre), the Gymnasium of Vedius and the Basilica of St. John. The ruins also include public toilets and bath complexes from the fourth century BC, and even a brothel. On a more romantic note than that, Mark Twain wrote that Mark Antony was a judge here and once left his seat in the open court to run after Cleopatra, and from Ephesus the couple sailed on pleasure excursions “in galleys with silver oars and perfumed sails.” 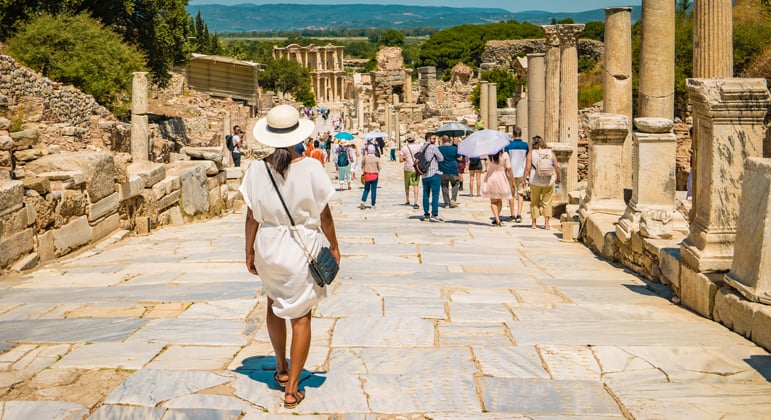 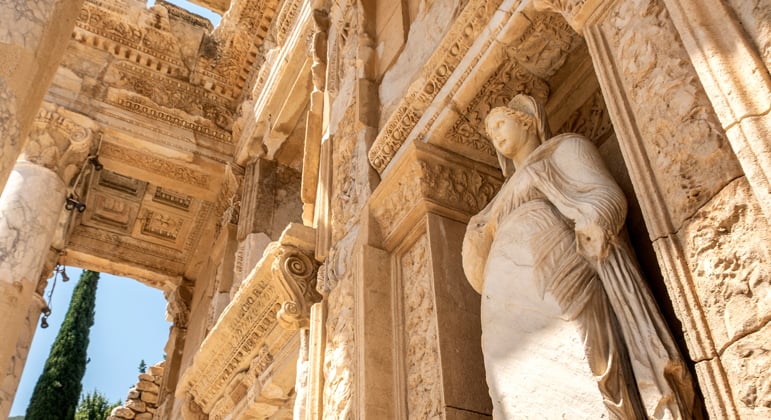 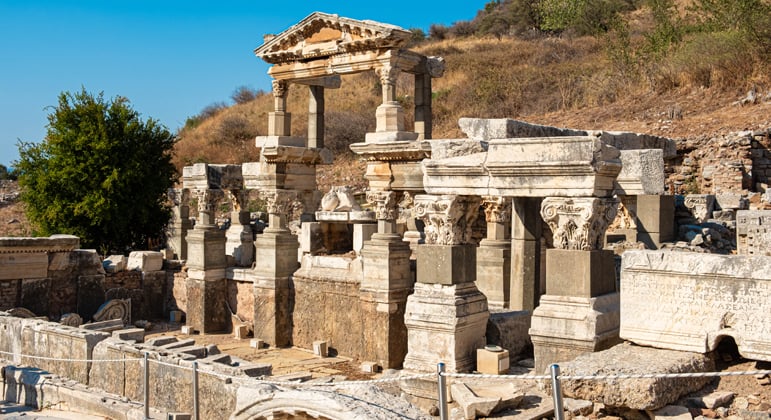 While still in its heyday Ephesus was the scene of events that marked the sometimes-haphazard transition from pagan worship to Christianity. Apostle John made many converts even before St. Paul came to town and made even more, but not everyone was thrilled: the local silversmiths who made living selling figurines of Artemis felt their livelihoods were threatened by the new religion and shouted St. Paul out of town. Even so, the site of Ephesus, which was inscribed in its entirety on the UNESCO World Heritage List in 2015, is particularly important for the faith traveller as it contains the stone House of the Virgin Mary. It is believed that the Virgin Mary was taken to this stone house by St John, where she lived until her death at the age of 101. And the Church of the Virgin Mary, close to the original harbour of Ephesus, was the setting for the Third Ecumenical Council in 431. In the sixth century the harbour silted up anew and the city was abandoned for a new site at modern Seljgb.