An Egypt cruise Holiday brings you into contact with a country that is living proof water has the power to turn even the most barren desert into a world wonder. Once known as the “Black Land”, the country’s one million square kilometers of sandy terrain is nourished by the famous aquatic lifeline which enriched the land and enabled the pharaohs of yore to build a formidable empire, the remnants of which remain a soundbite of Egypt’s illustrious past.

The River Nile, the world’s longest, flows upward past numerous notable cities and temples, although none of more prevalent and heralded as the great capital of Cairo. From the top of the Zamalek district’s slender Cairo Tower, rising 187 feet and built to resemble a lotus flower from which the ancient Egyptians made papyrus, the multicultural Cairene mosaic of minarets and markets blend the city’s cultural heritage with its vibrant retort.

But there is no question that the highlight of any trip to Cairo is the mesmerizing pyramids on the Giza plateau. As the desert unfolds along the banks of the mighty Nile, the three peaks are a reminder that the only surviving wonder of the ancient world are standing more than 4500 years after they were built. Shrouded in mystery, their presence remains a much-debated topic in the halls of academia and beyond.

A Journey Back In Time

Our exhilarating exploration of Egypt begins at Port Said on Egypt’s Mediterranean coast where you will see the iconic landmark lighthouse before heading to the spectacular and instantly recognizable Pyramids at Giza together with the sphinx – the world’s oldest known statue and an enduring emblem of Egypt.

We also pay a visit to the incredulous Museum of Egyptian Antiquities in the heart of Cairo, one of the world’s preeminent archaeological museums and home to more than 120,000 artifacts inside its fancifully domed historic building on the northern side of Tahrir Square. The magnificent treasures of Tutankhamun and other great pharaohs here, accompany dozens of mummies, ancient jewelry, grave goods, eating bowls, and even ancient Egyptian toys.

A walk-through Cairo’s exotic Khan el-Khalili bazaar is more than just a shopping trip— it’s a journey back in time. This vast collection of crafts workshops and stores is the Middle Eastern sogb par excellence and the place where Cairenes have been scooping up everything from semiprecious stones to spices, handcrafted soaps and much more since the 14h century!

See All Cruises To Egypt

Explore The World of Wonders 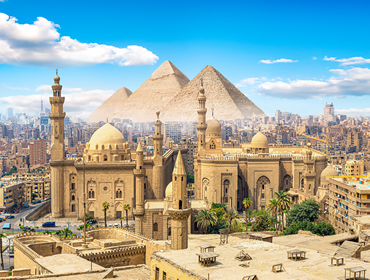 Were the Great Pyramids of Giza elaborate burial complexes for mummified kings? Were they built with extraordinary geometric precision by thousands of Egyptian farmers? Unravel the mysteries and more with a deep dive into the ancient past. Amazing Masterpieces A visit to the world-class Cairo museum is sure to be one of the highlights of your cruise Holiday in Egypt. Rammed with treasures, you will witness famous artifacts including Tutankhamun’s golden burial mask, and statues of the Great Pyramid Pharoah’s, Khufu, Khafre and Menkaure. 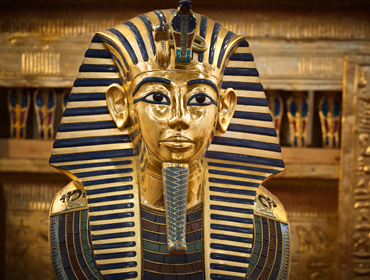 A visit to the world-class Cairo museum is sure to be one of the highlights of your cruise Holiday in Egypt. Rammed with treasures, you will witness famous artifacts including Tutankhamun’s golden burial mask, and statues of the Great Pyramid Pharoah’s, Khufu, Khafre and Menkaure. 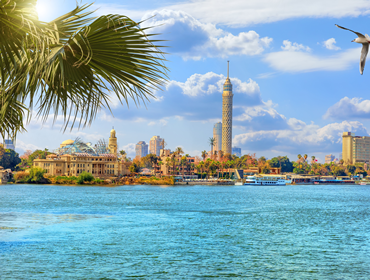 The enchanting mix of ancient minarets, domes and elaborate striped-stone facades in the Sharia Al Muizz quarter provides a wonderful backdrop to the hub-hub of Cairo. The bustling streets may appear chaotic on the surface, but you soon discover the laid-back attitude Egyptians have towards life.
See All Cruises To Egypt

Our Egypt cruise Holidays not only enable you to discover the treasures of Egypt. You will also find other hidden gems along the way including the rich scenery and fascinating heritage of Greece and the Greek islands, together with iconic locations in Turkey and Israel. Check out the exhilarating destinations awaiting you on your Three Continents Cruise Holiday.
Egypt Cruises Mediterranean Cruises

Cruise Holidays in Egypt and Beyond

The Iconic Cities of Israel

The mystique surrounding Israel’s Holy beginnings has endured since the heady days of the Crusades. Its jeweled crown of Tel Aviv sits proudly on the dazzling blue Mediterranean a short drive from the enticing ancient port of Jaffa at the southern end of the promenade. Our expert guide unravels the past as you are guided through the labyrinth of winding cobblestone streets and around the charming harbor.

Our Egyptian cruise stops off in Kusadasi, Turkey, the gateway to the imperious city of Ephesus which, in its heyday, was second only to Rome for power and prominence. Your visit is included in the cost of your cruise.